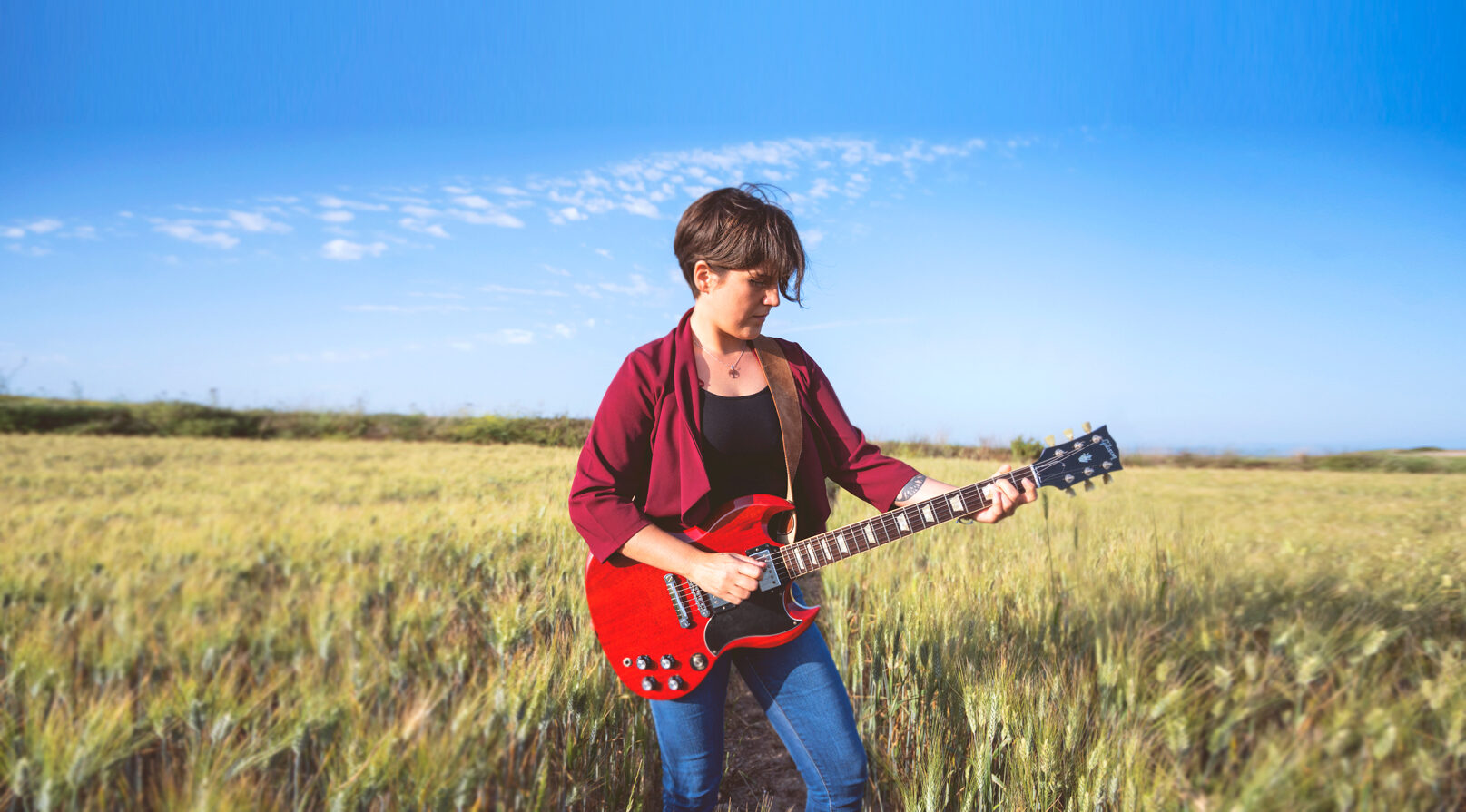 Irene Lock (born: Irene Loche) is a Sardinian and Italian singer, songwriter and guitarist.
Born June 26th 1992 and raised in Santa Giusta, Oristano she has been immersed in music, growing up listening to Soul, Blues, Rock and American Folk records.
She has been interested in guitar since was a child and at the age of 6 she started experimenting and composing with her guitar.
She takes on the stages at a very young age and she formed her first Blues Band when she was only 17.
Later she formed the power Blues trio “Sunsweet Blues Revenge” and performed at important European festivals, winning several awards, collaborating and sharing the stage with international artists such as: Steve Postell, Tom Freund, Sherman Robertson, lan Siegal, Dan Nash, Eric McFadden, CC Thomas and many more.

In 2016 she recorded her first solo album “GARDEN OF LOTUS”.

She won the selection at the “BANDS AT NAMM 2017” that would allow her to perform at the
“WINTER NAMM SHOW” in Los Angeles.
During that edition of the NAMM SHOW, she met Bill Asher, guitar designer and CEO of Asher Guitar’s and Lap Steels and she officially became representative and endorser of this company the next year.


She is currently making her new record with Steve Postell, Leland Sklar and Steve Ferrone,
produced along with the musician, songwriter and producer Steve Postell in his recording
Studio “Katona Studio” in Culver City (CA)

In 2015 she was officially appointed and recognized as a representative and endorser of the Magnatone USA company, she will be the first female artist to be part of it and the first Italian representative along with international artist as: Keith Richards, Jackson Browne, Jeff Beck, Billy Gibbons, Tom Petty, Neil Young and many others.